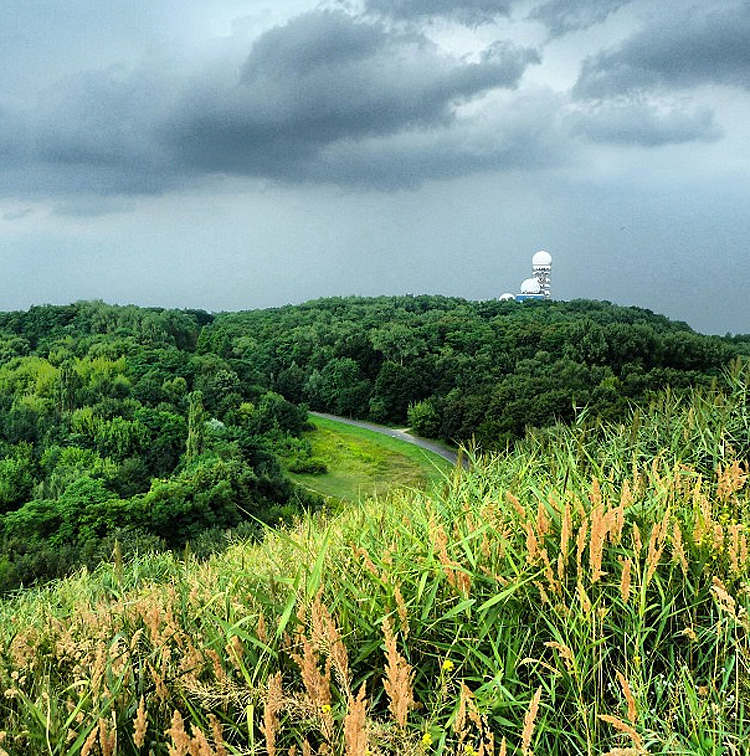 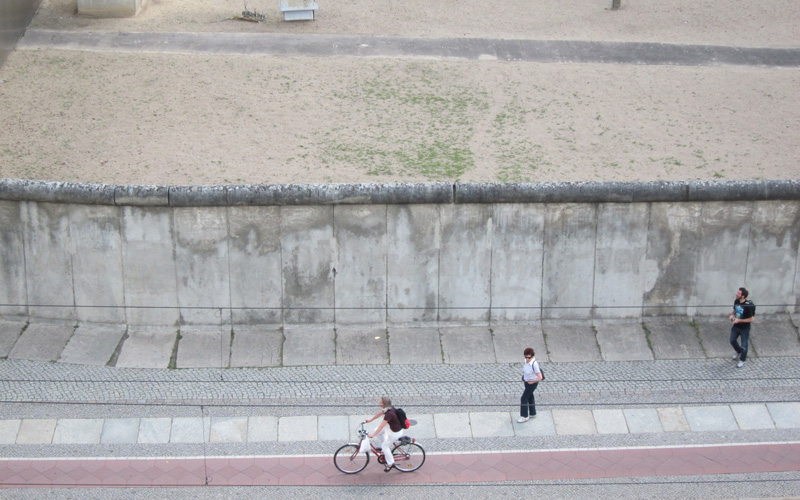 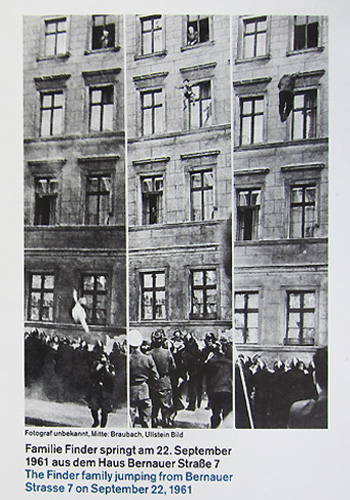 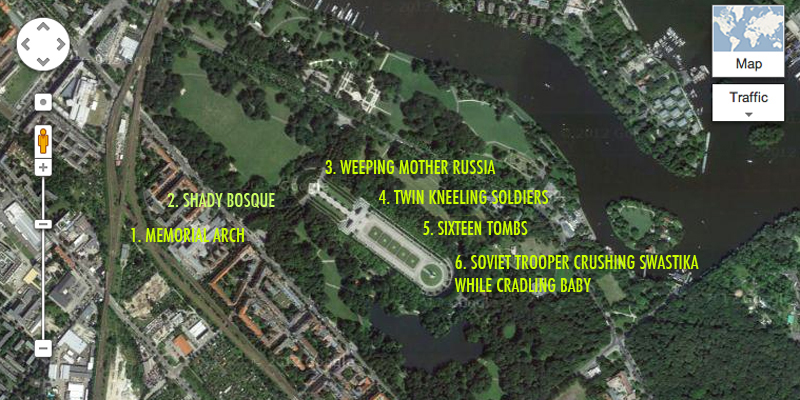 An aerial view of the Soviet War Memorial in Berlin’s Treptower Park lays out a procession of mourning and remembrance across a landscape and culture.   With the Soviet occupiers beginning construction 10 months after the end of the war, the memorial spreads the granite ruins of the Third Reich Chancellory over territory the length of three football fields. 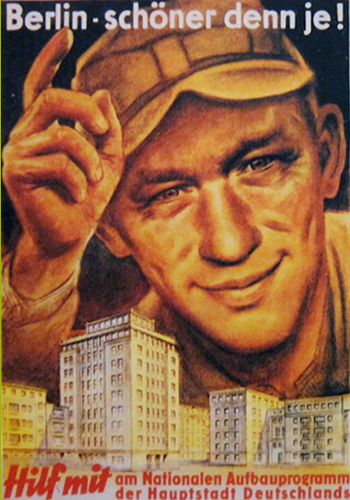