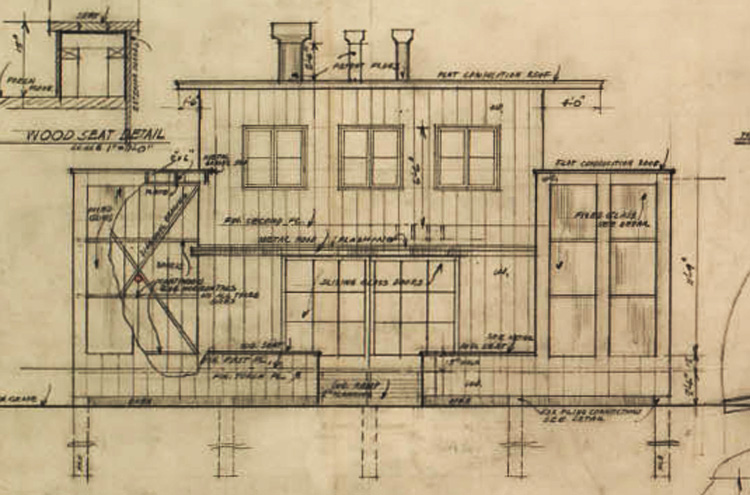 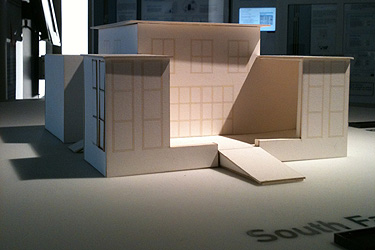 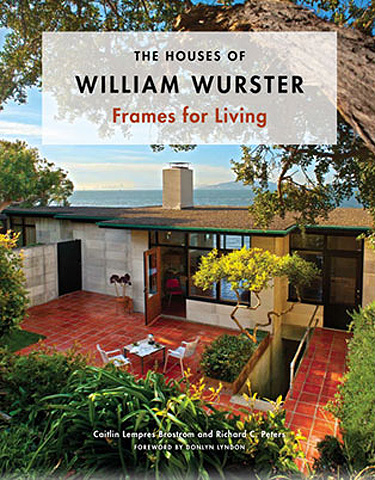 Just in time, Dick Peters and Caitlin Lempres Bostrom, have published a portion of the architectural trove of Wurster documents given Peters in 1973.  The Houses of William Wurster: Frames for Living with clear elucidating text, simple architectural plans (yes!) and images–new color and beautiful old black & white–identifies a clear and attractive California point of view embracing outdoor and casual living.  The majority of work done through the depression  from 1924 to 1939 represents vacation style homes with exterior bedroom access and protected courtyards reminiscent of early California adobes and camp layouts.  They show a great love and understanding of sun, fresh air and views, but exclude modern luxuries–like insulation and interior bedroom halls.  The book stretches the slender thread of two other excellent monographs:  R. Thomas Hille’s Inside the Large Small House (1994) and Marc Treib’s An Everyday Modernism (published in conjunction with a SFMOMA exhibit in 1995).

As vulnerable to the elements as to the vicissitudes of personal taste and modern convenience, the most famous and stunning of the residential projects have suffered greatly with time.  The Clark Beach House in Aptos, The Coleman House in Pacific Heights, and the Saxton Pope House in Lafayette are presented here with their more recent re-workings.  Better or worse?  You be the judge. 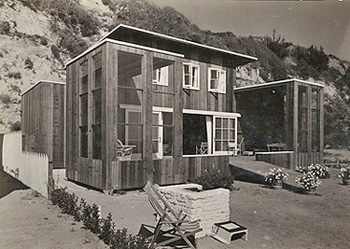 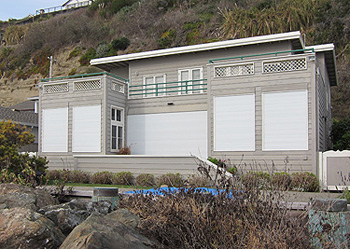 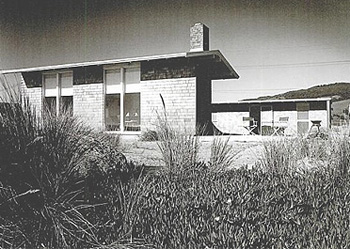 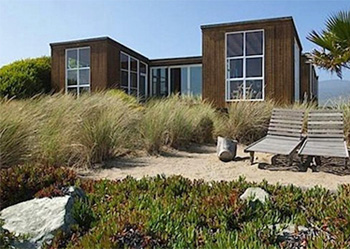 Wurster’s own beach house in Stinson Beach (1962–Wurster, Bernardi, Emmons) is shown here in black and white.   When it burned,  a clone of the Aptos Clark house rose phoenix like but in a corrected form by Turnbull Griffin Haesloop Architects in 2006.  Compare below side views and anthromorphic qualities of the original 4-square Aptos beach house and its elegant Stinson Beach homage. 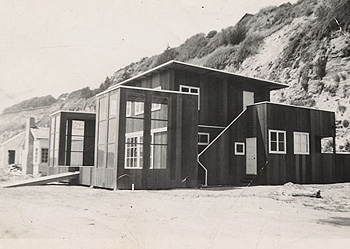 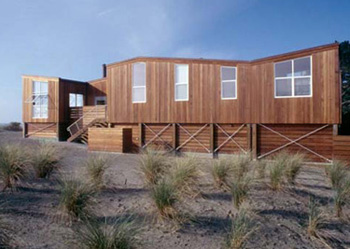 In our comments Daniel Gregory has offered a correction to the popular reporting of the time.  Regarding the lamentable demise of the Wursters along Stinson Beach, the Wurster designed home destroyed by fire had been preceded by the destruction of Wurster’s own home remodeled beyond recognition.

In 1995 with the assistance of Ryan Associates, General Contractors and demolition crew, the talented craftsman/architect Olle Lundberg helped Larry Ellison achieve one of five dream homes counting others in Woodside, Malibu, Newport, RI, and Rancho Mirage.  The former Coleman House in Pacific Heights, San Francisco (1956) contained  an original courtyard garden by Lawrence Halperin (pictured in black and white) and redesigned by Ron Herman. 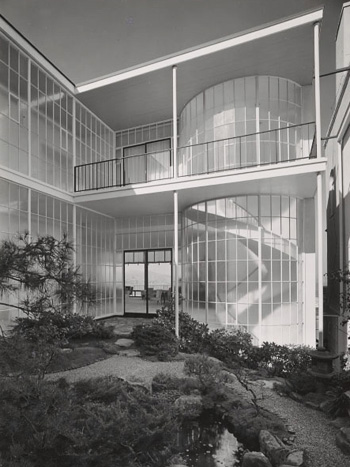 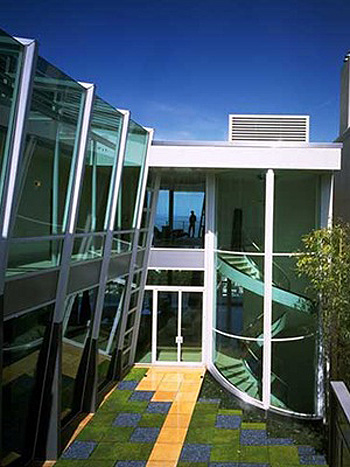 According to the architect’s and newspaper descriptions: “To make the spectacular views of the San Francisco Bay even more panoramic the house’s factory-like grid of opaque glass facing the courtyard was turned into a sweeping wall of glass…” while “…the monotony of plate-glass windows has been relieved in the living room with a distinctly syncopated rhythm … and, most particularly, a large trapezoidal panel.” 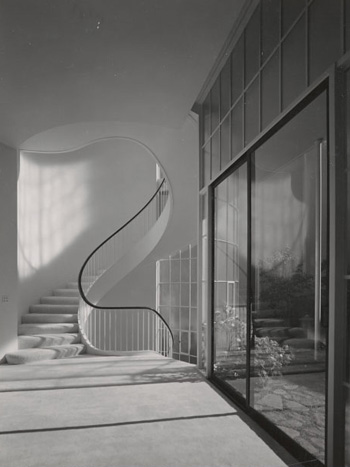 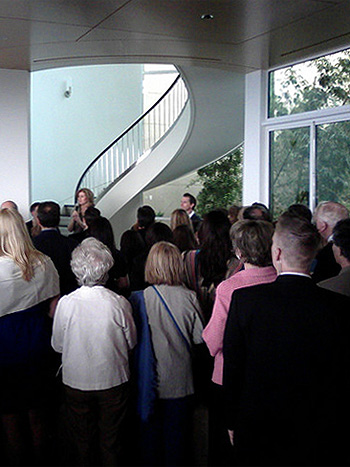 Arianna Huffington and Gavin Newsom party before the renovated stair at Larry Ellison’s.

William Wurster: “Architecture is not a goal. Architecture is for life and pleasure and work and for people. The picture frame and not the picture.”   When one makes the unfair comparison between Wurster’s work and the expressive functionalism of his close friend, the universally beloved Finn Alvar Aalto,  the restrictions Wurster put on self expression sound severe.  An exception, thanks to the helpful push of his client, might be the unique Saxton Pope House in Lafayette (1940) with its private entry court, an outdoor living space with circular roof opening and fireplace, all enclosed within a corrugated metal surround. 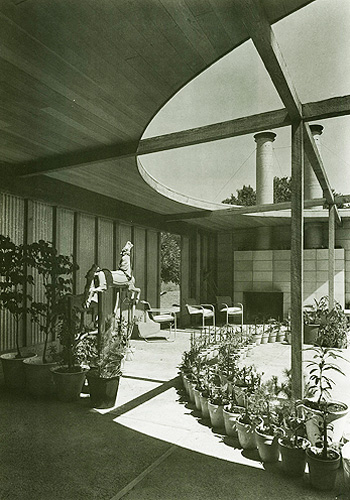 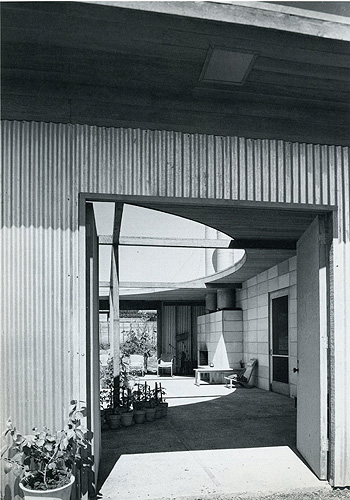 Nestled in suburban Lafayette, it was demolished for the Acalanes Road cloverleaf in 1963. 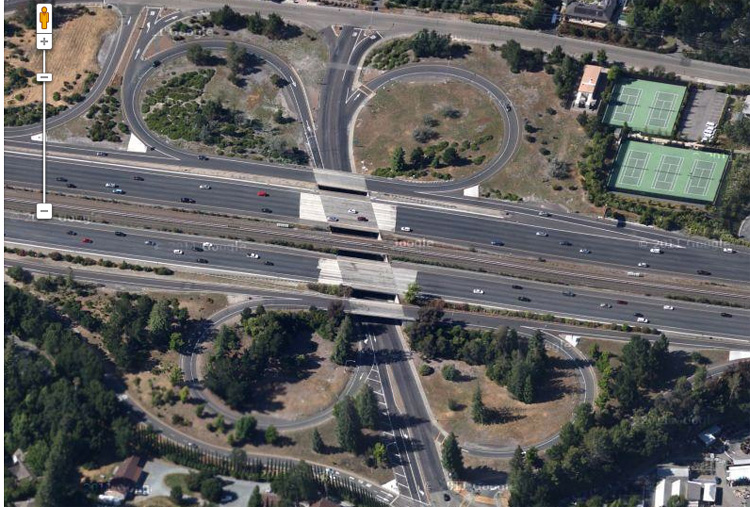 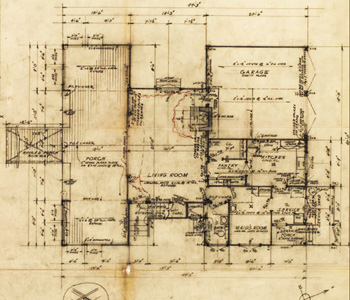 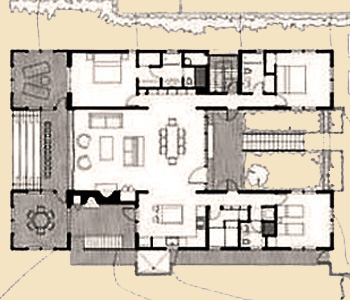