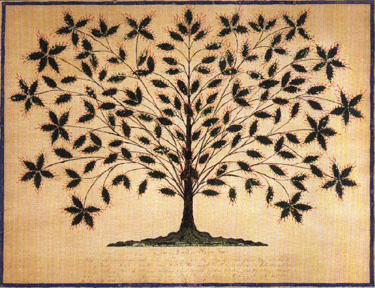 Two recent Eames sitings—“EAMES WORDS: The uncommon beauty of common things” at LA’s A + D Gallery and “EAMES: the architect and the painter” in cinema and DVD—focus with devotion on the words, work and work ethic of the 20th century design gods.  Throughout art show and film one hears echoes of the voices of the Shaker religious fanatics of the previous  centuries.

“EAMES WORDS,” part of the So-Cal-wide Pacific Standard Time art jamboree recognizes the Eames contribution to the West Coast way of seeing and thinking.  Designed by Deborah Sussman, former Eames employee, the exhibit is organized entirely with quotes from Charles and Ray’s office.  Their words and philosophy echo the joyfully severe wisdom of the sweet but fanatical Mother Ann Lee and the Shaker Religious Communes of 18th and 19th century America.  When the exhibit is coupled with the simultaneous release of the film “EAMES: the architect and the painter”, the impression is compounded: the Shaker utopia/housewares-workshop and the Eames office/design-workshop (the self-dubbed “Eamery”) share a spare design ethos,  a love of maxims, a serious work ethic, and a charismatic leadership dressed in eccentric garb. 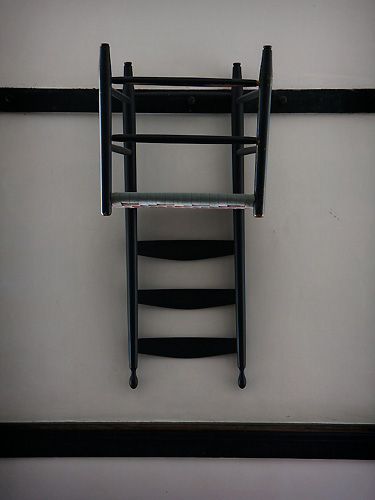 “In the valley of love and delight ” American Shaker villages created furnishing for the New Heaven on Earth:  “Hands to work, hearts to God.”  (Mother Ann Lee).  Their simple and spare furnishings and structures express the ephemeral quality of a spiritual existence: “The hands drop off but the work goes on.”(Eldress Bertha Lindsay).  Notoriously celibate, yet fertile with homilies, the Shakers make clear that our comforts are spiritual, not physical.  “Shakers … go about their duties in cheerful, happy helpful temper, feeling that “Labor is worship and prayer.” (Leonard, Shaker Manifesto 1871).  “This manner of worship to the people of God is not empty, not carnal; but mighty through God, joyful as heaven and solemn as eternity.” (Benjamin Youngs, Testimony-1808-1856).

The Eames found joy in work without faith in the second coming, but instead with faith in design within constraints, that is to say in problem solving.  Like Shaker text, second hand oral history from Eames family and staff delivers wisdom in mottos and maxims–“Charles would say”, “Ray used to say”, “they would love to say”, “there was an expression in the office”–

“Bring joy and vigor to whatever you do.”(Ray)  ‘Take your pleasure seriously.“(Charles) “Life was fun was work was life.”(Sussman)  And from staffer Parke Meek: “You know, … he just kept hammering away…. he made the work sort of a play thing.”

The Shakers knew how to have fun too.  During the “cleansing gift” sweeping ritual of 1841 “the brethren would roar and howl … and stamp their feet with the word “curse” whenever they came upon an unclean spot.” (Andrews, The Gift to be Simple).  Some like Nathaniel Hawthorne in (“Canterbury Pilgrims,”” The Shaker Bride”) and Adam Gopnick (“The Shining Tree of Life“) identify an obsessive compulsive mania for purity, order, cleanliness and sexual repression at the root of the Shaker joyous sublimation in work and their rigorous enthusiasm for clean lines, functionalism and commerce.  So be it.  The results speak for themselves.

Witness the visionary Shaker invention: the flat broom,  now only $20.

“Simplicity is the embodiment of purity and unity.” “Beauty rests on utility.” “That is best which works best.” (Shaker maxims).

(Eames maxims):  “Design is the appropriate combination of materials in order to solve a problem.”  “We want to make the best for the most for the least.”  “We don’t do art; we solve problems.”  “Don’t let the blood show.”

Designed in 1942 by the Eames, the molded plywood leg splint, lightweight and inexpensive was  mass-produced for the US Navy during World War II.  (Now on ebay for $645.00, in pristine, un-used condition.)

“EAMES: the architect and the painter” creates an enjoyable  portrait of a society of devoted workers, followers of Ray and definitely Charles. What holds ones interest in the movie are the talking heads, employees and colleagues, characters in their own right, in fond and teary-eyed  reminisces.  Charles was “Very charismatic.” “Very charismatic.” “And especially very charismatic to women.”(Sussman)  “I was happy being exploited by a proper master,”  Jeannine Oppewal.  “It was 24/7, 365,” (Sussman) “He was the most important person in my life…. It was a delicious agony, like a temple for me.” (John Neuhart) 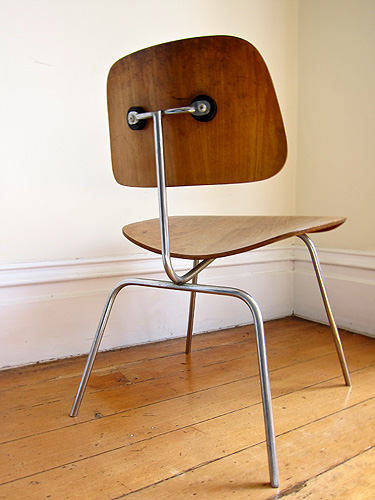 With Shakers and Eames there is a directness in material and function, with ornament, if any, arising as a functional solution or material property.  For the Shaker craftsmen there is emphasis on joinery; for the Eames, on connections.  In the case of the DCM chair, the connections occur where wood meets metal with flexible rubber mounts,  where the human  body meets the molded seat and back, where the interests of office, client and society meet.  “Eventually everything connects—people, ideas, objects, etc. … the quality of the connections is the key to quality per se.”  Both had an interest in constraints. 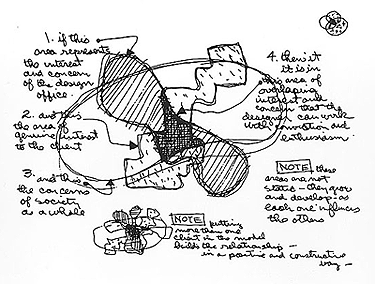 What we are left with as a lesson from Shakers and Eames is a functional elegance stemming from the clarity and joyful humanity of the problem solving seemingly unmuddied by ego or ornament.  That the work is created by charismatic workaholics with righteous egos who dress funny is a different kind of lesson and makes for provocative reading, movies and gallery exhibits.

“God, the master workman, who has made the smallest insect with as much care as the mammoth elephant, sets us the example of good work.  Imitation is the sincerest praise.”  (Shaker Manifesto).

Thanks to Otts World for the moving photo above of the inverted Shaker chair, in hanging position for thorough sweeping, and thanks to Judy Collins and her Simple Gifts.