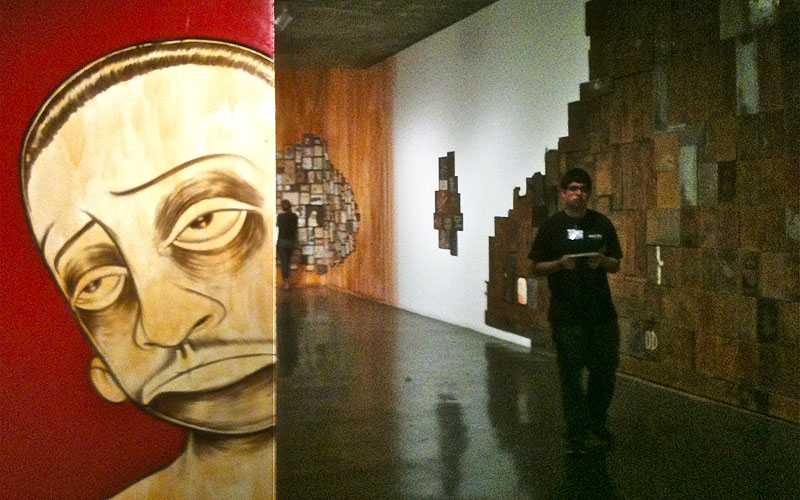 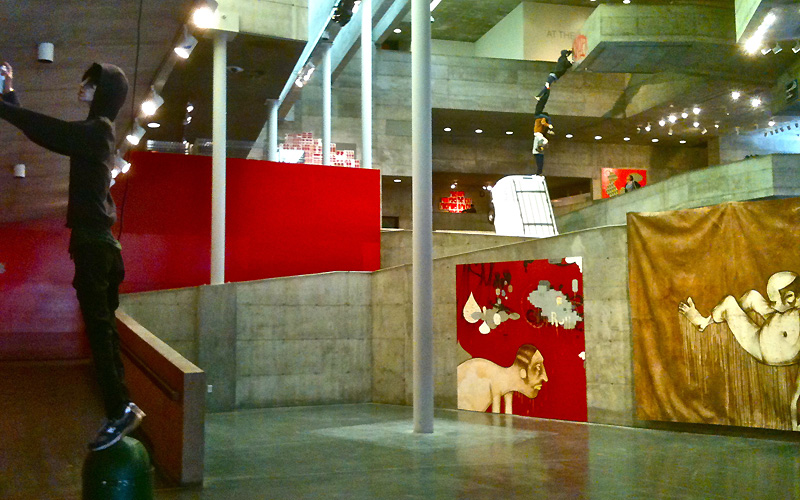 Designed by Northern Californian Mario Ciampi, who also gave us the elegant  overpass of I-280, the museum’s massive cantilevered concrete ramps captures all the visual noise and rough character of  the underside of a freeway on-ramp where McGee first made his mark in San Francisco.  The museums unabashed concrete drama   imparts a vitality and weightiness to the work that is lost in the prim presentation of the McGee collage construction on Floor 2 of that big white box SFMOMA.  Not surprisingly, McGee’s experience as urban tagger shares Ciampi’s keen understanding of the thrilling tension of urban spaces capitalizing on  juxtapositions of perspective/planar, light/dark, big/small, and discovery/risk in the arrangement of the art for maximum effect. 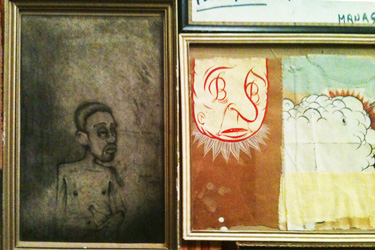 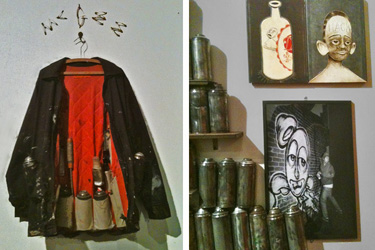 Typical, of the work formerly visible for free on the concrete supports upholding  San Francisco’s Central Freeway, are the caricatures of McGee’s world of the down and out, beaten-down, submissive, angry and plain drunk.  The incredible talent and dark humor behind the line work and rendering recalls centuries of admirable caricaturists including Daumier, George Grosz, and the war and post-war Sad Sack Cartoons of George Baker.

The exhibit extends to include bricolage installations of miniature drawings and street detritus,  to more recent color and type patterning, and on further to the artist’s street life with  graffiti paraphernalia and memorabilia including a fantastic spray-can laden overcoat.    Repeating a theme are wooden robots and artist robots whose arms jerk up and down in simulation of the vandal’s spray-painted artistic violations.  The artist as jerking robot metaphor is made blatant in a seedy “bodega” sited at the back of the exhibit whose greasy interior piled with old record albums, beatnik novels and dirty ashtrays resembles a reconstruction of the interior of the artist’s grabbag brain. 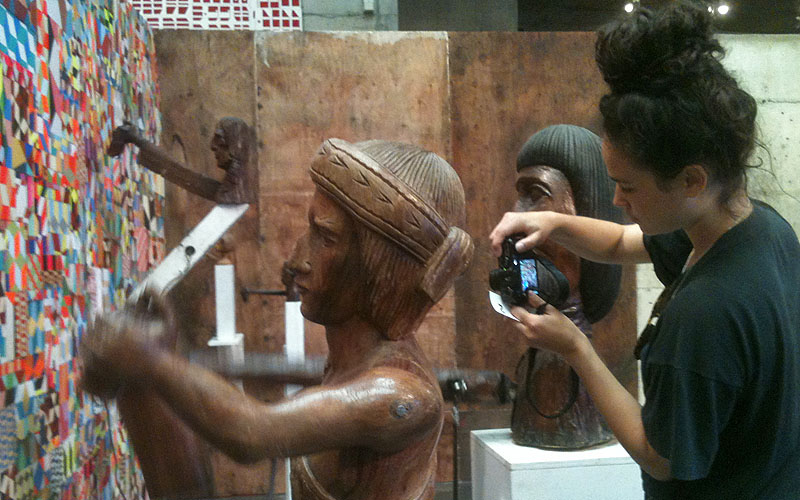 The general response of “that’s cool” sums up one’s overall response.  The exhibit is  a lot of fun, circus-like in scope, intimate in detail and tactility and graphically stunning.  As weird as it is cool is its linking of art and the creative act to an asocial bad-boy impulse–a  crime in most jurisdictions–in which the museum and art-goer get to play act at complicity.  The awkward place of graffiti on the streets and in the museums is discussed  by McGee himself in this linked SFMOMA video.

Out on the streets, the edgy confusion of graffiti crime, street art, community building and blight awaits further study. 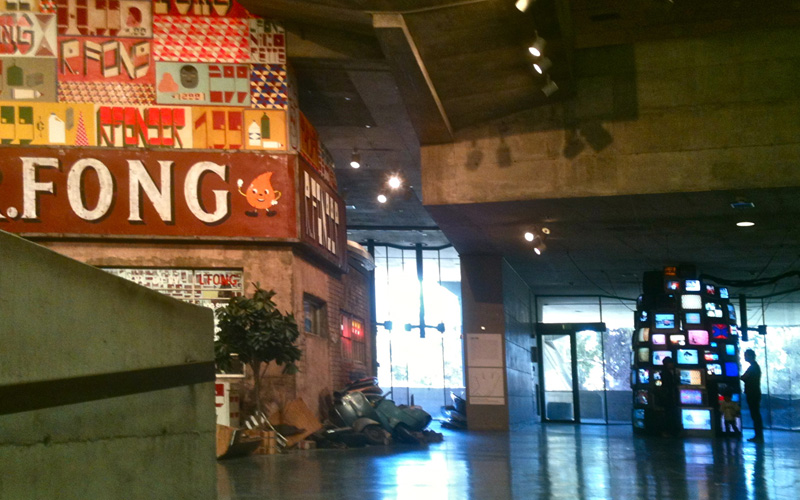 DO HO SUH AND MEMORY’S LABYRINTH