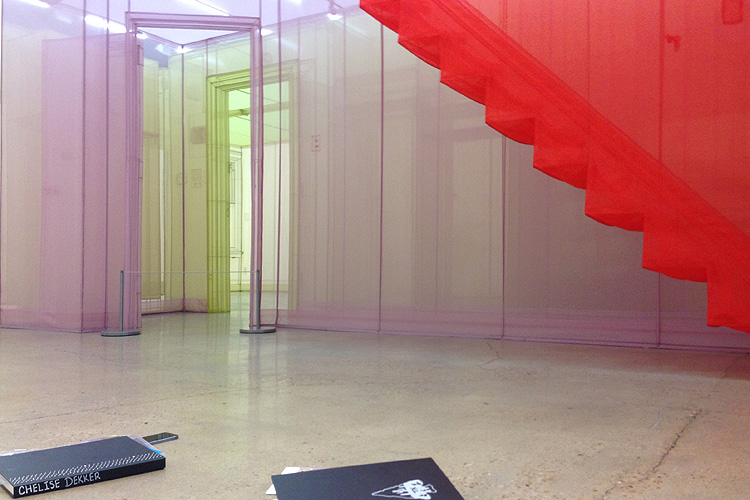 Do Ho Suh’s current art installation at Arthouse of the Contemporary Austin running through January 11, 2014,  is easy to like, to photograph.  His embroidered sketches, videos and installations replay and rephrase an  inescapable memory of home.  It’s  depicted in paper and thread as carried on one’s shoulders,  or trailed after like clouds of dust, or in video hauled across country on a semi-trailer. One recalls   Atlas’s bearing the weight of the world, Peanuts’ Pigpen trailing the dust of ancient civilizations, and the percussive heartbeat of truck driving songs. 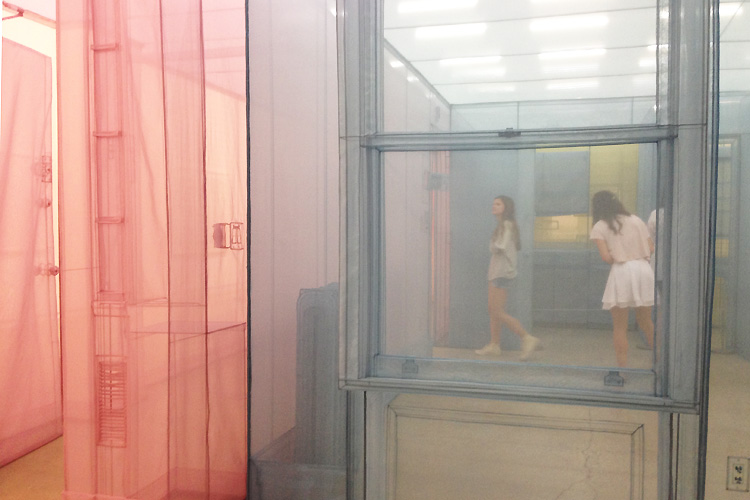 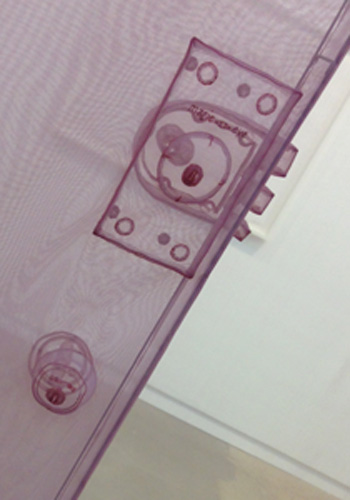 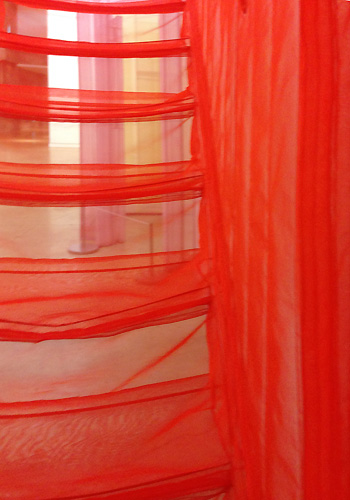 Suh’s structures his rooms with virtually invisible thin stainless steel rods and seams, rigid at the joints and wistfully sagging between.    Without solid structure of concrete, steel and  2×4’s but with only surface apparent, his meticulousness directs the architect to the power and delicacy of the surface of the tangible world, to the thin world of appearance and dreams, to interiors.  Looking again, the layered transparency provides us the superhuman power of x-ray vision allowing an understanding of the relation of parts and space usually seen in exploded mechanical diagrams and the mind’s eye.  The transparent constructions envision a world frequented regularly by architects and dreamers. 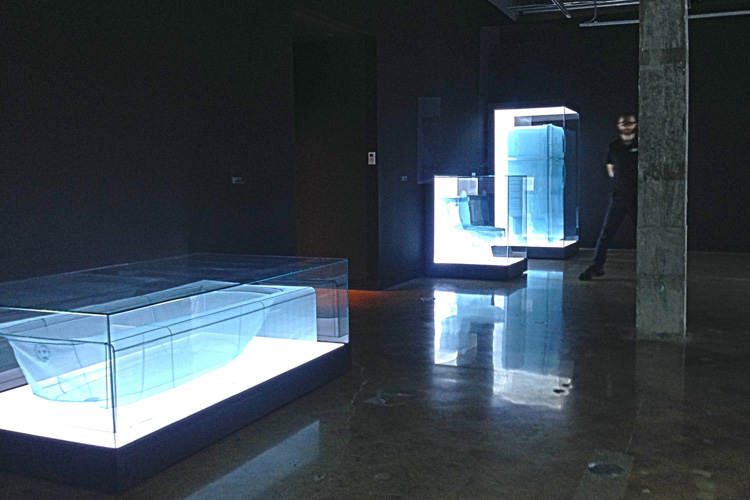 Downstairs, in the dark room,  we recognize in the underside of a toilet revealed in x-ray illumination–a surprisingly familiar landscape of valves, tubes and traps which, resembling our intestines, connect us at a fundamental level to some vast public/private infrastructure of the collective unconscious.  He’s recreated an intimate memory we weren’t even aware we had, and yet apparently share collectively. 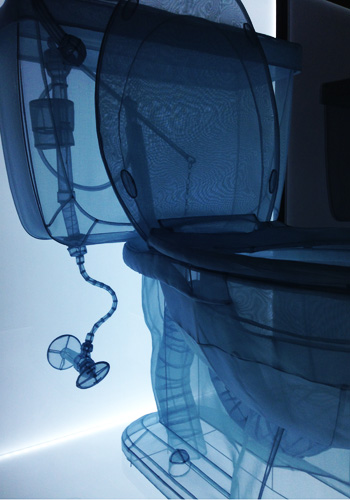 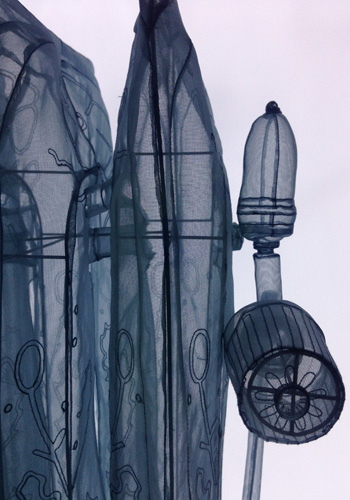