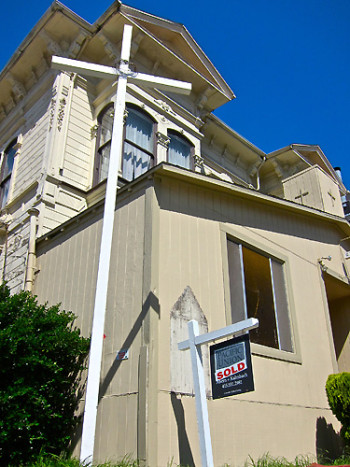 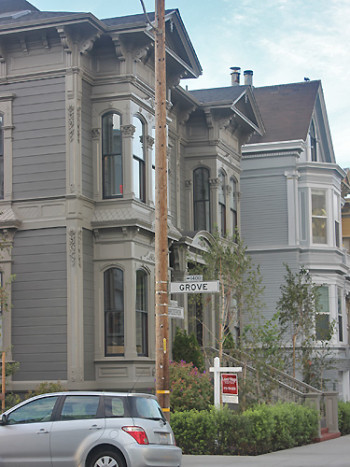 601 Broderick Street at Grove in the heart of NoPa went on the market on October 10th for $5,875,000, 2 1/2 years after the foreclosed black church and fixer-upper was snatched up for 40% above asking at $1,401,000.  The open house offered valet service and sushi.   Curbed sf’s Tracy Elsen calls it “our absolute favorite flip of the year.”

We featured 601 Broderick in our post  Last Days at Gethsemene, noting its place in the origins of historical preservation within the San Francisco Planning Department.  Hoodline.com followed up noting provocative neighborhood commentary.   For sale on the left: the Gethsemane Missionary Baptist Church in 2012; on right: 601 Broderick restored and re-purposed as a single family home for 2014. 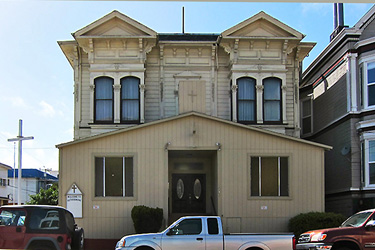 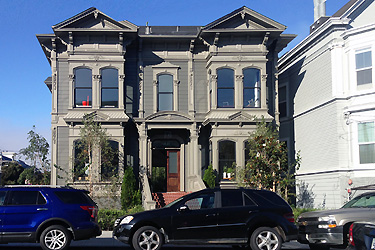 Gentrification has rolled down Divisadero Street through NoPa and Western Addition at such hair-raising velocity that Google bus and $4 toast complaints have  become  tired cliches of an unstoppable prosperity boom, more so as we befriend new neighbors and clients who enjoy both. 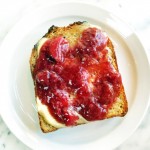 601 Broderick is one of several properties we featured in 2012 that have since flipped to new uses as the vulnerabilities of an established community of fixer uppers are seized by a new community as promising commercial opportunities.  The City’s investment has been instrumental in the community transformation through the good intentions of the Great Streets program (Divisadero street beautification), Pavement to Park (parklets), and San Francisco Center for Economic Development (connecting businesses with parcels).  The results have created an economic miracle of commercially active street life on the incredibly noisy, congested and traffic challenged Divisadero Corridor, flipping affordability for walk scores. 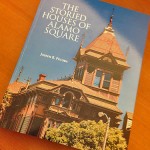 Well worth a good thumbing through, the  Storied Houses of Alamo Square by longtime Alamo Square resident Joseph Pecora gives us the early history of 601 Broderick.  Mr. Abraham Bloch, arrives in San Francisco in 1853 as a gold rush arriviste in clothing retail.  In 1886 he invests  in his dream home and begins a second career as developer of other properties along the newly constructed Hayes Street cable car line (and future Google bus line) through Western Addition.  The home at 601 quickly passes from luxury home to rental income.  Pecora notes:

“By 1910, 601 Broderick’s principal tenant, an enterprising woman named Annie Tuohey, had turned the large dwelling and its rear addition into what by today’s standards would be termed an overpopulated boarding house.  According to the federal census of that year, it’s 21 occupants include Mrs. Tuohey, her four children, three in-laws, two boarders, five lodgers and two other households of three persons each.”

From another viewpoint it could be said:

In a pre-Airbnb violation of modern zoning and rental contracts, master-tenant Annie Tuohey takes direct action against the housing crisis and affordability in her fight to survive during the extreme boom and bust cycles afflicting her neighborhood.  A working, single mother, she single-handedly creates a workforce incubator and model for co-housing a 100-years hence.

Peeping through windows, the renovated home appears to have great potential for communal living or Airbnb rentals with generous open spaces for living and dining.  Speaking from experience, communal living can be fun: on the left hanging with roomies in 1943; on the right, local  co-housing 2013; on the very bottom, Scott Street Commune in 1972. 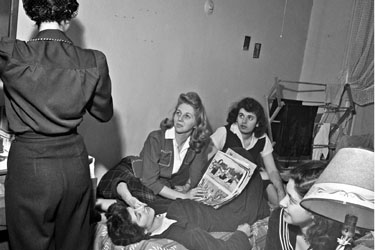 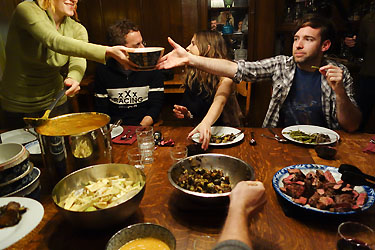 After 50 years of use as affordable rentals the boarding house was purchased in 1953 by the Zion Hill Missionary Baptist Church.  In a pact with the devil, the congregation appears to have joined other local African American congregations in receiving assistance from the San Francisco Redevelopment Agency in exchange for their support of Urban Renewal  which with bulldozers, wrecking balls and house moving trucks proceeded to rip out the heart of the Fillmore, Geary and Sutter Street neighborhood street scene and social life, demolishing the so-called blight of  bars, hang-out corners and jazz clubs of the black community.

After another 60 years as a church with second floor residence, the recent restoration takes us back a century to a 19th Century luxury home.  Admired by both  neighborhood and City Planning, the meticulous exterior historic restoration reflects the genuine care of the developer David Papale in creating a more attractive neighborhood. It’s lovely work.  Stunned by the beautiful transformation, the community  suffers a temporary lapse of localized amnesia and conveniently forgets the loss of affordable housing. 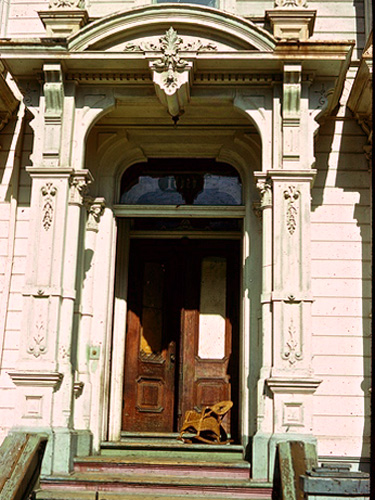 601 exhibits the high quality of luxury housing construction during the San Francisco boom time of 1886 in the mining and steel industry and now of 2014 in the tech industry.  One imagines the developer invested 2.5 million into this corner, optimistic the value would be doubled.   By comparison the shoddy construction exhibited in the church renovation of 1976 after the closing of the city’s shipping and steel industry and in the cut-rate developer construction that continued in the stagnant and depressed neighborhood into the 1990’s–that quality is generally not so good.  Looking ahead, well funded civic improvements and sturdy, quality construction like the Broderick restoration will benefit both the affluent new owners and in time local survivors of the next economic downturn.

Thanks to Elise Hu for her great photo of good living in co-housing in 2014 and David Weisman and Bill Weber for Communal Living “Is this Oz?” from “The Cockettes.”  And to Adam Roberts and the Mill for $4 toast, and the Matthew Evans Resource Room at San Francisco State University.  Also the provocative, exhaustive, righteous Redevelopment: a Marxist Analysis 1974.  And to Kaliflower: the Intercommunal [Free] Newspaper for  the Scott Street Commune at 1209 Scott Street photographed shortly before demolition of their affordable housing by the San Francisco Urban Redevelopment Agency.