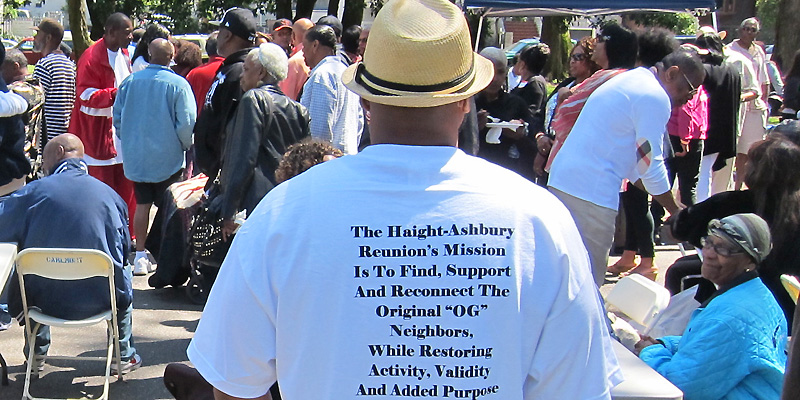 May 25th, 2012,  Leah Garchik’s column in the San Francisco Chronicle reported on the Haight Ashbury Reunion which occurred on May 12th bringing together former and lifetime residents of the Haight Ashbury to party in the Golden Gate Park Panhandle.  The group was predominantly African American like the neighborhood 50 years ago. Garchik reports many had graduated Dudley Stone Elementary, now De Avila Chinese Immersion on Haight, in 1970 and 1971 to become among the first bussed out of their neighborhoods to A.P. Giannini Middle School at 37th and Ortega, 4.5 miles away.  Roslynn Grimal, now of El Sobrante, recalls, “Not only were we exposed to a different class of people, but it was the first time a lot of us were in school with anybody other than African Americans.”  Craig Cook, formerly of Waller Street, adds, “We were, like, sightseeing.  We saw grass.  People had lawns…”

Meanwhile, same day, four blocks away on Lyon and Hayes, NOPNA (North of the Panhandle Neighborhood Association) held its 12th Anniversary block party including tables for NOPNA, the Wigg Party, the Bicycle Coalition, St. Cyprian’s and  Paragon Real Estate.  If the reunion presents the old face of the Western Addition, the NOPNA Block Party presents the new face. 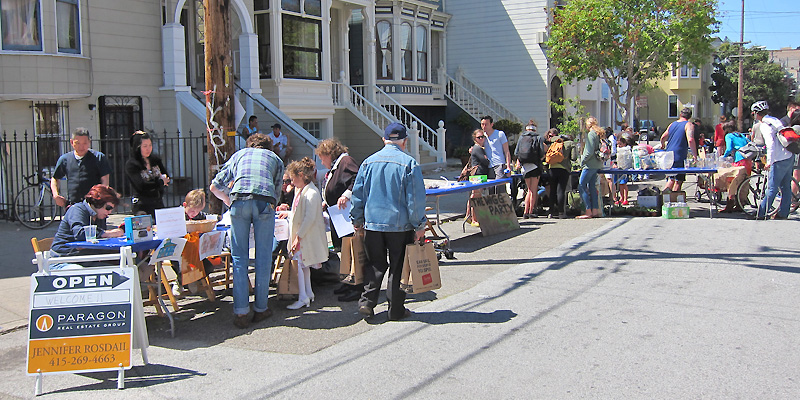 Questioning  Reunion members why most people left the neighborhood, Garchik  received mixed responses.  London Breed, running for supervisor in District 5, cites “living expense.., crime, public schools,” while Cook claims it wasn’t “an economic or financial thing.”   Not so simple, but hardly surprising, to realize that many blacks share the same anti-urban American Dream of gardens, cars, security, affordability, home ownership and better schools that sparked white flight to the suburbs in the 50’s and 60’s. 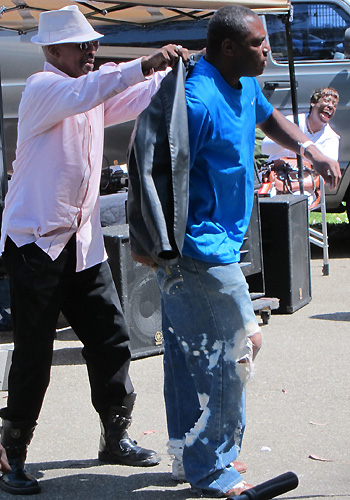 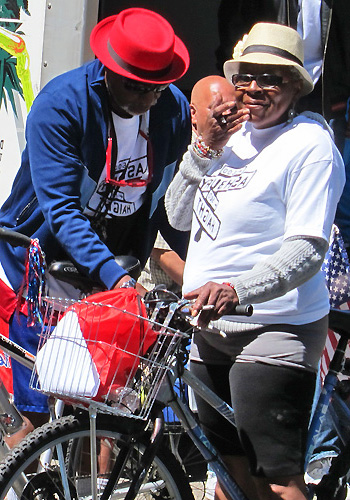 In the late afternoon, both venues, the Reunion and NOPNA Block Party, blasted the music of James Brown with a Reunion member providing a live dance tribute to the Godfather of Soul pleading to the black community: 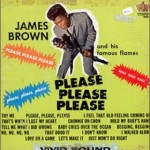 Our thanks to the Haight-Ashbury Reunion and to columnist and neighbor Leah Garchik for her coverage of this important event.

On a similar topic, a shout out also to the San Francisco African American Shakespeare Company for their recent insightful production of “Raisin in the Sun” scripted by Lorraine Hansberry in 1959.  The melodrama portrays an African American families’ ambiguous attraction to the American Dream where the sharecroppers pick and hoe is replaced by garden trowel and hand weeder in the heroic struggle for fair housing.  With its history of home loan redlining, Urban Renewal, low income housing projects, street improvements, and now gentrification, the Western Addition has served as testing ground and battleground in this struggle.