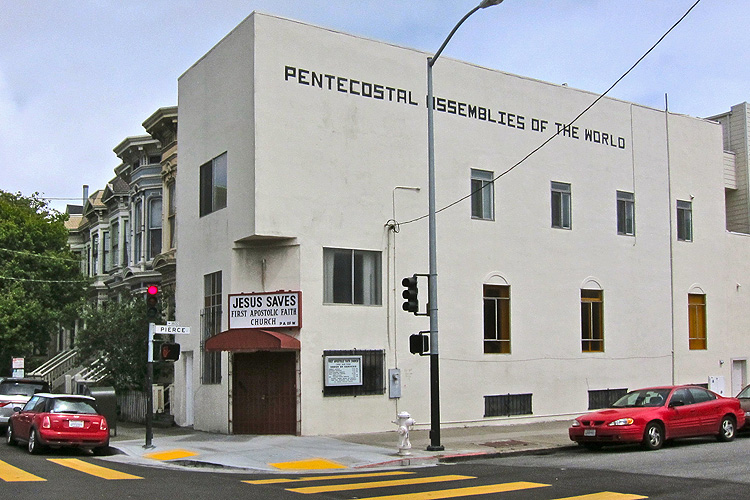 The First Apostolic Faith Church displays a Pentecostal purity of form in stark contrast to the ornament laden Victorians that populate the neighborhood. Cleansed of its Victorian ornament to a powerful austerity and a puritanical severity, the First Apostolic Faith Church at Pierce and Bush, top, provides an affordable and architectural alternative to the prevailing upper middle class styling common in Lower Pacific Heights in Western Addition’s upper end.  It represents one of many small and endangered churches still active as its supporting congregation is pushed out of the neighborhood to make way for a less evangelical population. 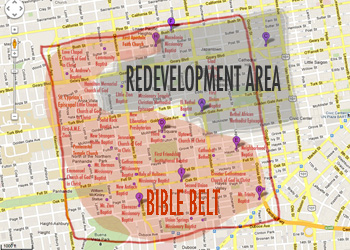 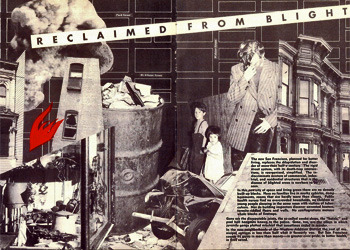 A Bible belt of small churches, Pentecostals and Baptists, cradles the former Redevelopment Area of  the Western Addition.  During the reconstruction period of the 1960’s and 70’s  the San Francisco Redevelopment Agency replaced demolished Victorian row-houses with large-scale housing blocks.  The new plans eliminated small churches, mom and pop corner stores, bars, clubs, even front stoops –all spots for neighborhood socializing.  The churches migrated west into the adjacent hospitable Victorian era neighborhoods of Hayes Valley, including the Lower Haight and North of the Panhandle.  Shown above, “The indiscriminate mixture of commercial, industrial and residential structures … is the disease of blighted areas.” proclaims the San Francisco Planning Commission in their anti-urban propaganda “New City” of 1947.

Considered Urban Blight by the Redevelopment Agency and now called Painted Ladies, the Victorians of the Western Addition form an astounding collection of which the tour-bus beloved  Six Painted Ladies of Alamo Square are but a tiny piece.  These other Ladies of a certain age like the one below just happen to be on a different maintenance schedule. 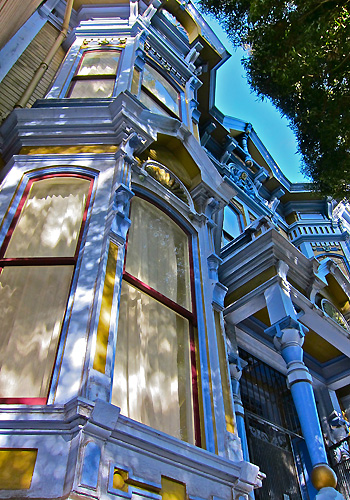 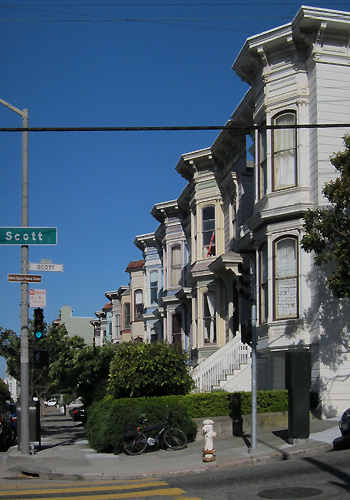 Among the earliest, these classic italianate row houses at Grove and Scott, shown above, represent 10 of more than 1,000 identical homes built throughout Victorian San Francisco by William Hollis’ The Real Estate Associates (TREA), building developer of the early 1870’s with a very successful homeowner package.   Between 1870 to 1877, TREA building production averaged 2 to 3 homes a day, a scale of construction, mass production and landscape re-invention comparable to that undertaken by the Redevelopment Agency itself. 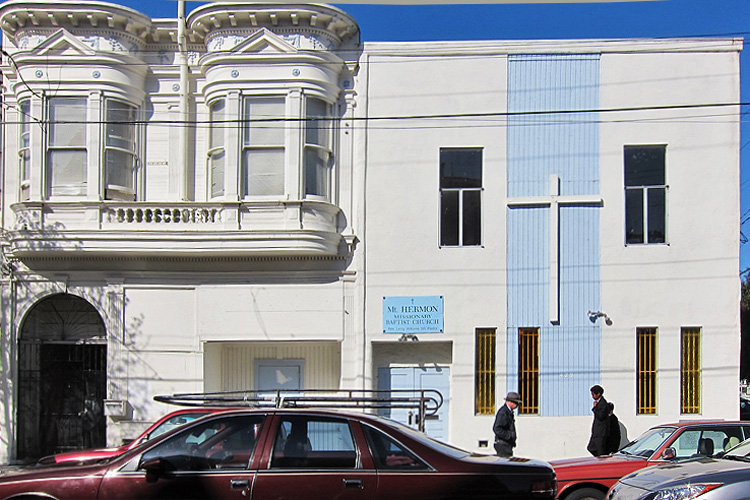 Presenting a Before and After view,  the Mount Hermon Baptist displays its original Victorian ornament(the Before) on its annex, above left.  In contrast, its sanctuary(the After), above right, strips down to a purity of form animated only by subtle use of color, iconography and window placement.  Both are Victorian era structures.  Both are stunning.  The modern sanctuary is also surprising. 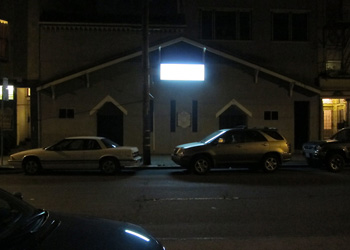 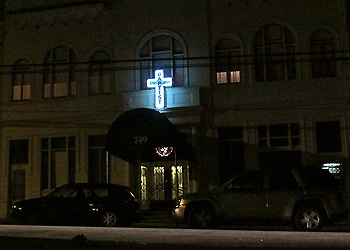 In conflict with San Francisco’s legislated  Residential Design Guidelines, the Pentecostal Temple at Grove and Lyon and the Second Union Baptist on Page interrupt residential street pattern with positive mid-block socializing and the safety of the bright neon glow–that is as long as the light stays on. 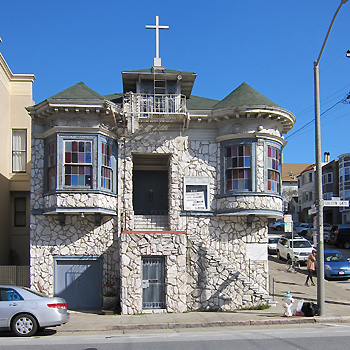 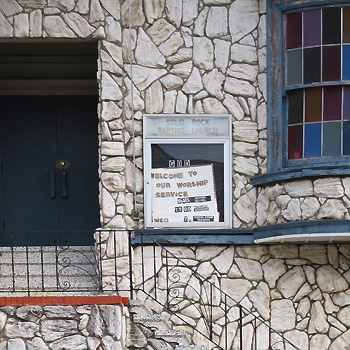 The Solid Rock Church of God re-thinks what Victorian ornamentation can mean.  Below the elegant cornice, Victorian trims are removed and replaced with a stone  veneer and a tomb like entry.  Above the roof peak floats a heavenly cross.   Unfortunately, the church’s footing North of the Panhandle seems less than rock solid along with many of the remaining congregations.

The neighborhood churches provide a unique counterpoint in an otherwise well preserved, if less painted, Victorian neighborhood.  They up-end our expectations of appropriateness and call to question the restrictive goals of preservation and zoning which encourage greater neighborhood consistency and discourage architectual diversity and affordability at a parcel by parcel scale.  If less ornamented than the Victorians,  what the small church structures offer the community is variety and character–aesthetic, economic, cultural and  certainly spiritual.

Thanks to Eric Fischer for his monumental postings of San Francisco City Planning maps and documents including “Reclaimed from Blight.”  Below the crosses of the recently sold Gethsemane Missionary Baptist at Grove and Broderick and the dark cypress at the door of the Emmanuel Church of God in Christ. 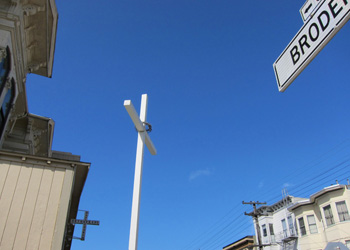 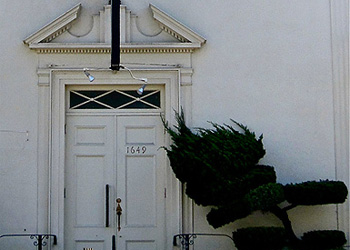