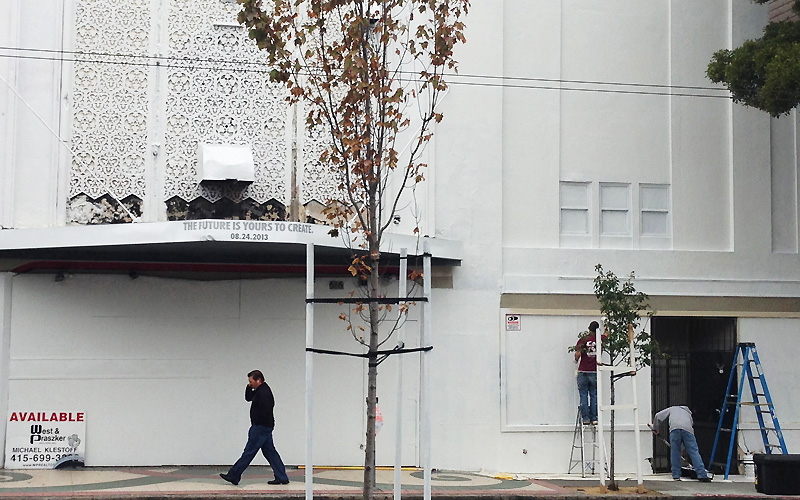 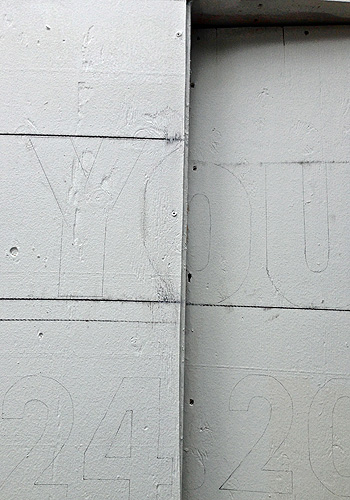 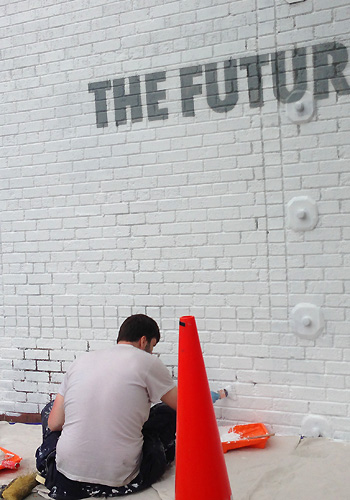 In contrast to Divisadero’s usual exhaust fume grime and rampant graffiti, the current blank canvas preparation whites-out the local street frontage providing the neighborhood with a striking minimalism.   Check out NoPa’s immaculate cold white now before the artists and party goers arrive with their enthusiasm to color the neighborhood for a week as was done to Williamsburg in June. 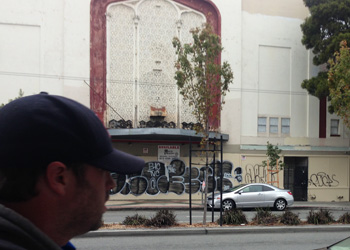 On the block, the historic Harding Theater (featured photo at top and before white upgrade, adjacent) has stood abandoned  for a decade, the star-crossed love of  various neighborhood interests, repeatedly denied permits for improvements until this Art/Vodka event swept the block.  Woefully useless and blighted since the residing African American Church was bought out in 2003 by a condo developer, it has suffered from various self-defeating efforts to promote and/or stop its transformation, placing the Planning Department’s bureaucratic nightmare called  historical review at odds with much needed housing and the nightmare of local housing costs.  Another local utopian effort, Harding Theater Adaptive Reuse Project, has volunteered at farmer’s markets and indie fairs seeking support for their yet unfunded community center proposal.  Meanwhile, as cross-purposed petitions fail, the theater has successfully served the grafitti community effectively, outside and in. 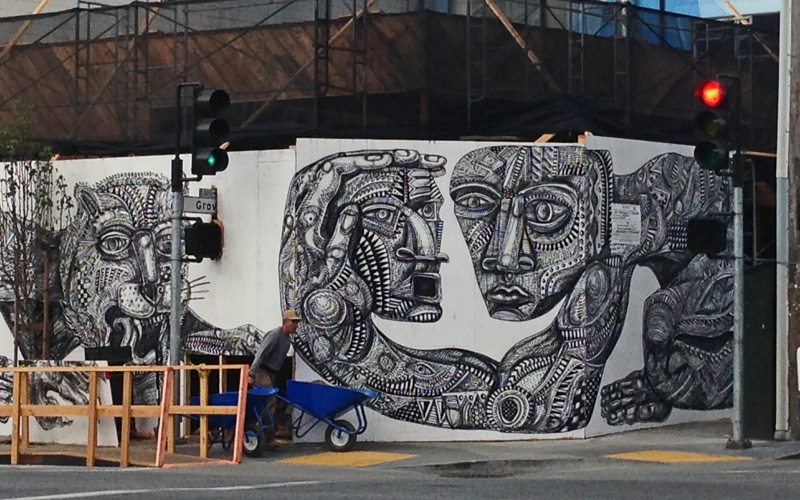 Across the street from the Harding Theater the walls of the former Planet Earth storefront have served as a canvas for variety of street art efforts by both criminal volunteer and authorized artists as the commercial space transforms from plant shop to a higher revenue function as yet another new restaurant.  Notable was the fantastic if short lived construction barricade art of Zio Ziegler shown above and currently visible, dismembered, in the open garage–also cool.  Below, images of the transformation of the defiantly joyful yet much disrespected Planet Earth mural and, by way of comparison, artist Jasper Johns’ Numbers Drawing, in which a white canvas and meaning are  repeatedly obliterated for a decorative effect and increasing commercial value. 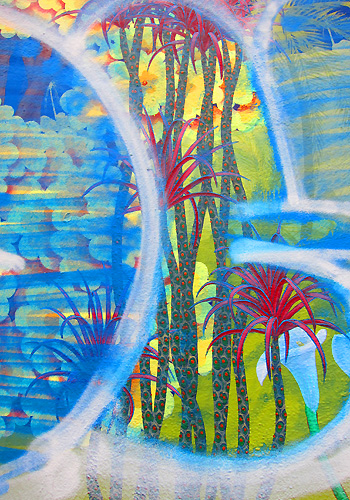 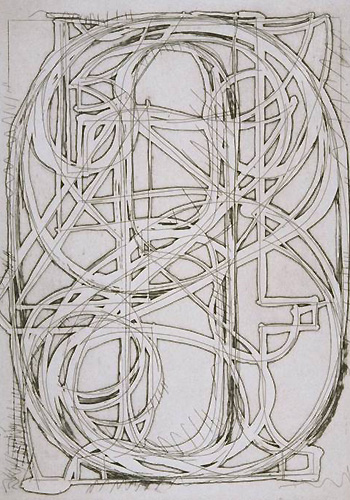 The white neighborhood recalls other white universes besides the ubiquitous Google-bus and the Apple Store marketing strategy.  Illustrated below, the white worlds of the Prisoner TV show and the arriving Google bus. 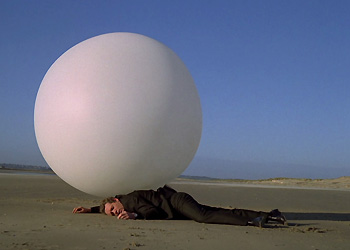 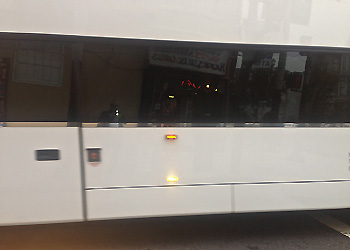 In the Orwellian white village of the 60’s TV classic The Prisoner, slim-fit star Patrick McGoohan finds himself imprisoned in a fantasy community of meaningless challenges and 60’s style hipsters.   As the Google bus downloads more and more of the information workers from the Global Village onto our streets, the inevitability of Western Addition’s complete transformation  from analog into the digital  i-neighborhood  dubbed NoPa becomes unsettling.   Meanwhile, it’s reported that night guards have been stationed along the block to prevent the illegal volunteer efforts of unapproved graffiti artists prior to the staged event.

If the painted clues are correct, all white will be replaced during the week of 8.24.2013, when artists, Vodka and the City of San Francisco join interests to provide an interim summertime art party supporting the neighborhoods raging commercial and cultural transformation.

Thanks to all efforts to re-purpose the Harding Theater as anything, to the urbanized re-zoning of the Divisadero Commercial District,  the Prisoner and to local artist Zio Ziegler.